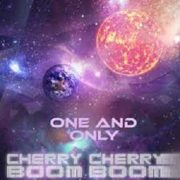 Check out the poptastic new 7th Heaven remix of the incredibly catchy new single ‘One & Only’ by top US producer/songwriter Cherry Cherry Boom Boom. You’ll know him better as Martin Kierszenbaum, head of A&R at Interscope Records and president of Interscope’s subsidiary imprint Cherrytree Records. He’s the man who masterminded Lady Gaga’s incredible breakthrough, signed her to his label and who co-wrote some of her early hits. We believe ‘One & Only’ will be released digitally in a few weeks.