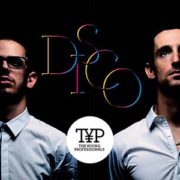 Completed this week is an amazing new 7th Heaven remix on the debut release for the Israeli duo TYP (The Young Professionals). The track is ‘D.I.S.C.O.’, a fun slice of electro pop meets nu-disco that samples heavily from Ottawan’s 1980 disco anthem of the same name. TYP have been nominated for ‘Worldwide Act’ at 2011 MTV European Music Awards. We’re certain you’ll be hearing a great deal more about this group (and this song) over the coming months.

JON DIXON GETS RADIO FRIENDLY WITH KATY
Scroll to top