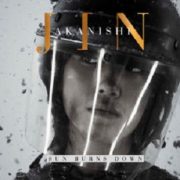 7th Heaven were thrilled to have been asked to remix ‘Sun Burns Down’, Jin Akanishi’s latest single. After releasing ‘Test Drive’, featuring Jason Derulo (also remixed by 7th Heaven) in the US in the autumn, Jin Akanishi will release this, his 2nd single stateside, in February on Beluga Heights/Warner Bros. The song was produced by Grammy nominated producers Stereotypes. The producers have worked with artists such as Ne-Yo and Justin Bieber.

DERULO PICKS UP THE PIECES WITH 7TH HEAVEN
Scroll to top