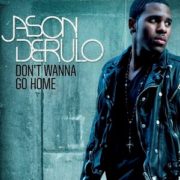 The 7th Heaven lads have just completed a remix of the amazing new single from Jason Derulo entitled ‘Don’t Wanna Go Home’. Certain to be massive on radio and in the clubs, this awesome pop song features the line ‘Daylight come and we don’t wanna go home’, a fun play on the familiar ‘Banana Boat Song’ made famous by Harry Belafonte. It also features a predominate sample of Robin S’s 1993 No.1 hit ‘Show Me Love’. It was mailed to DJs on Friday through Concrete Promotions and is released on 20th June 2011 on Beluga Heights/Warner Bros.

DJ FRESH GETS LOUDER WITH 7TH HEAVEN
Scroll to top