Blog - Latest News
You are here: Home1 / Remixes2 / HAYES GETS 7TH HEAVEN ON NEXT INTERNATIONAL SINGLE 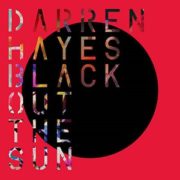 Listen out for the fabulous 7th Heaven remix of ‘Black Out The Sun’, the incredible second single from the Darren Hayes’ forthcoming album. The remix package was club promoted last week through Poparazzi. The track is planned as the next international release through Powdered Sugar/Mercury on 2nd October. A different single will be released in Australia. This is the third remix 7th Heaven have completed for Darren, ‘Me Myself & (i)’ being the first in 2007. Of course Jon Dixon remixed others (and several Savage Garden tracks) during his time at Almighty.