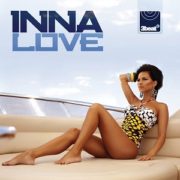 7th Heaven have remixed the next UK single release for Romania dance artist Inna. This song was actually her second single in Romania in 2009. Many of her fans regard this as one of her strongest songs it being more in the style of her debut hit single ‘Hot’. As you might imagine, 7th Heaven’s mix is a full on hands-in-the-air type mix. It is due to be club promoted shortly and released in late July on 3Beat.