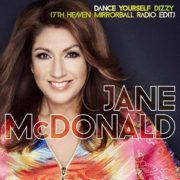 Getting ever nearer to a whole album of disco covers Jane McDonald was recently at 7th Heaven’s studios in East Midlands to record a new version of the Liquid Gold 1980 disco hit ‘Dance Yourself Dizzy’. It is, as you might expect, pure uplifting disco magic. No details yet as to plans for a release but we are told there will, hopefully, be a new Jane McDonald album in 2016. You can hear a clip of the mix on the Showreels page of this site.

7TH HEAVEN IS A PLACE ON EARTH FOR B:LINDA
Scroll to top