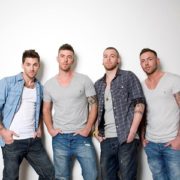 The latest remix out of the 7th Heaven studios is ‘The Reason’, the first recorded track by ex-X Factor contestants The Reason, now (due to legal reasons) to be known as The Reason 4. The track is a rework of the 2004 Hoobastank hit and these talented lads (more manband than boyband) deliver a quite remarkable vocal. We reckon this should do really well. This song is apparently not likely to be the band’s first single, but we hear this mix should be club promoted to UK DJs very shortly.

7TH HEAVEN MAKE HEADLINES WITH THE SATS
Scroll to top