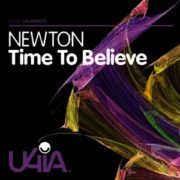 StarLab (7th Heaven’s pop alias), have produced a fabulous new version of Journey’s ‘Don’t Stop Believin’ with Manchester based pop act, Newton (aka as Billy Myers). This new mix appears exclusively on February’s CD Pool ‘Dance’ disc. Billy will be back down to 7th Heaven’s north London studios in the spring to complete 2 more songs. His album, to be called ‘Time To Believe’, featuring many StarLab productions and remixes, will be released in Summer 2010. One of the newly recorded tracks is a rework of Fiction Factory’s 1984 top 10 hit ‘(Feels Like) Heaven’. The album will also feature tracks Billy has written himself, his 90’s club hit ‘Sometimes When We Touch’ and a gorgeous version of the OMD classic ‘Pandora’s Box’. Watch this space for me more news on Newton.