Blog - Latest News
You are here: Home1 / Remixes2 / SUGABABES GIVE 7TH HEAVEN A TASTE OF FREEDOM 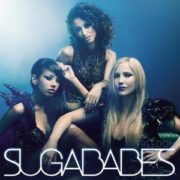 We’re really chuffed to announce that 7th Heaven have remixed ‘Freedom’, the amazing new track from Sugababes. It is due to be released on September 4th and will serve as the lead single from the group’s (as yet untitled) eighth studio album. It also marks the first release from the pop trio since they moved to Sony RCA after departing Island earlier this year. This very big room sounding mix, complete with dub, went out to DJs this week through Poparazzi. ‘Freedom’ was previously featured in a Nokia mobile phone advertising campaign.