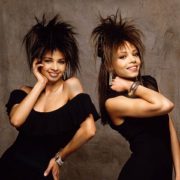 Get ready for the 7th Heaven remix of the new Mel & Kim single! Unbelievably, it has been three decades since the last official Mel & Kim single but Dancing Nation Records are excited to announce the release of the trailblazing duo’s fifth official single, a completely unknown track titled ‘Where Is Love’ remixed by the UK’s biggest commercial remix team 7th Heaven. The Hackney-born sisters’ star continues to burn bright and their rags to riches story, which reads like a Hollywood movie script, still inspires fans – new and old – to live life to the fullest and to have the confidence to go after their dreams. The 2018 release of ‘Where Is Love’ will add a new layer to the Mel & Kim story and shine a light on the achievements and talents of two girls who truly embodied the term ‘phenomenon’!

You can place your order for it now using the PledgeMusic campaign – https://www.pledgemusic.com/projects/melandkim

STARLAB ARE HAVING ELECTRIC DREAMS WITH ROSS ALEXANDER
Scroll to top