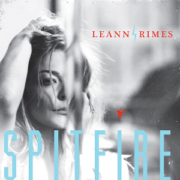 7th Heaven were thrilled to be asked to remix the brilliant new LeAnn Rimes single ‘Spitfire’, for Curb in the US. The single, taken from her latest album of country-themed songs, and her last with Curb, is already released in the US. Plans are underway to release the single in other territories shortly, in the UK most likely through Rhino/Warner Bros. The 7th Heaven mix of ‘Spitfire’ is a big room monster! It will be serviced to US DJs shortly.