Blog - Latest News
You are here: Home1 / Latest News2 / JON DIXON IS BACK WITH ‘JANE & FRIENDS’ 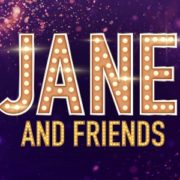 Following the success of the first series of ‘Jane & Friends’ Jon Dixon is again Music Producer for series 2 of the critically-acclaimed TV show. He has, just this week, returned from Salford’s HQ1 TV studio complex after the filming of the 8 new episodes. Work now begins on mixing over 50 songs featured prior to broadcast later in the year. We’ll let you know the broadcast date once we hear.

STEPS 4-CD BOX SET TO BE RELEASED
Scroll to top