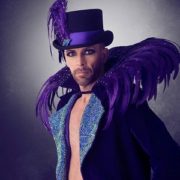 Completed this week is ‘The Last Song’, which is in fact the last but one song, for Ross Alexander’s forthcoming album ‘Glitter & Twisted’ which has mostly been produced by Jon. He has thoroughly enjoyed working on this album. Both he and Andy had an input in the choice of songs Ross selected. We think you’re all going to love it.